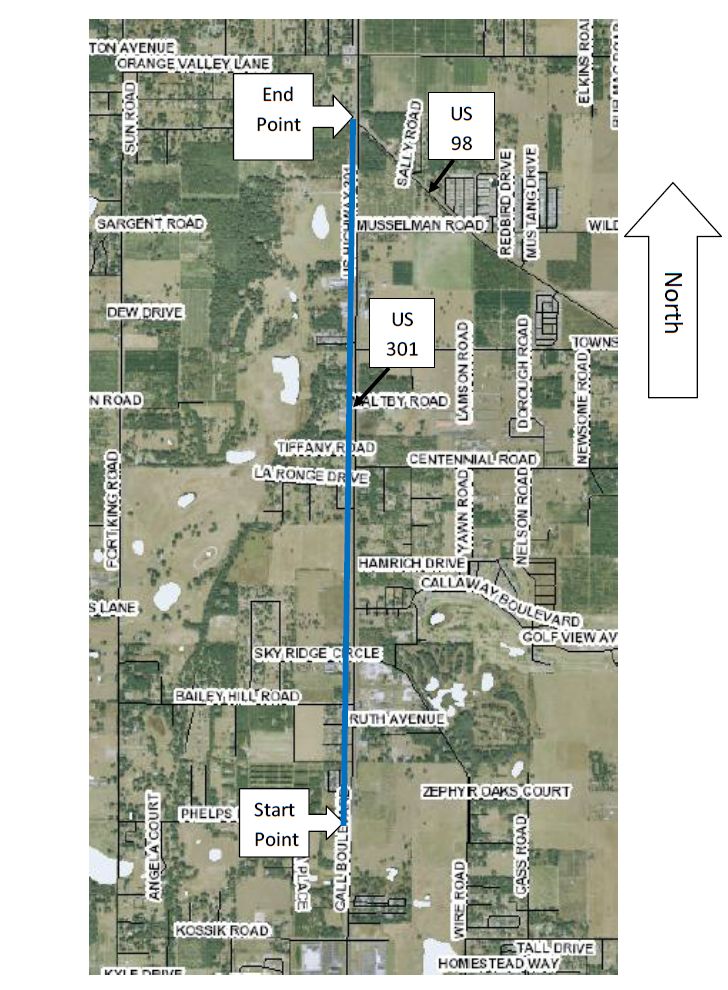 Financial assistance provided through the Florida Department of Environmental Protection with assistance from Speaker of the House Will Weatherford, and Florida Senator John Legg.

This project entails approximately 16,000 feet (3 miles) of 12 inch water line to be installed along the west side of Highway 301, from Phelps Road to the intersection of Highway301 and U.S. 98 (roughly) in Dade City. Additionally, multiple fire hydrants and other connections will be installed along the entire route with the ability to serve future commercial and residential growth.

The City of Zephyrhills will be in need of additional water to meet our demands and growth. We no longer can develop wells in Zephyrhills because we are in the Hillsborough River Water Basin. The Southwest Florida Water Management District no longer issues new well permits in that basin. The City of Dade City has wells in the Withlacoochee River Water Basin. They are in a position that they could sell water to Zephyrhills to meet our growth. Furthermore, the City of Dade City is an economically depressed city which could benefit by selling water to the City of Zephyrhills. Neither Dade City nor Zephyrhills is interconnected to any other public water supplier. In the event of a major pipeline breakage or a series of wells going out of service an interconnect between the two public water suppliers would be helpful in providing drinking water and fire protection in such emergencies.

The City of Zephyrhills has a design contract with Jones Edmunds and Associates for engineering services. Route surveying, system water modeling, and preliminary plans drawings are in progress. Many face-to-face and conference call meetings have been held between the City, Jones Edmunds, FDOT, et.al.

Current projected completion is scheduled for August of 2015.